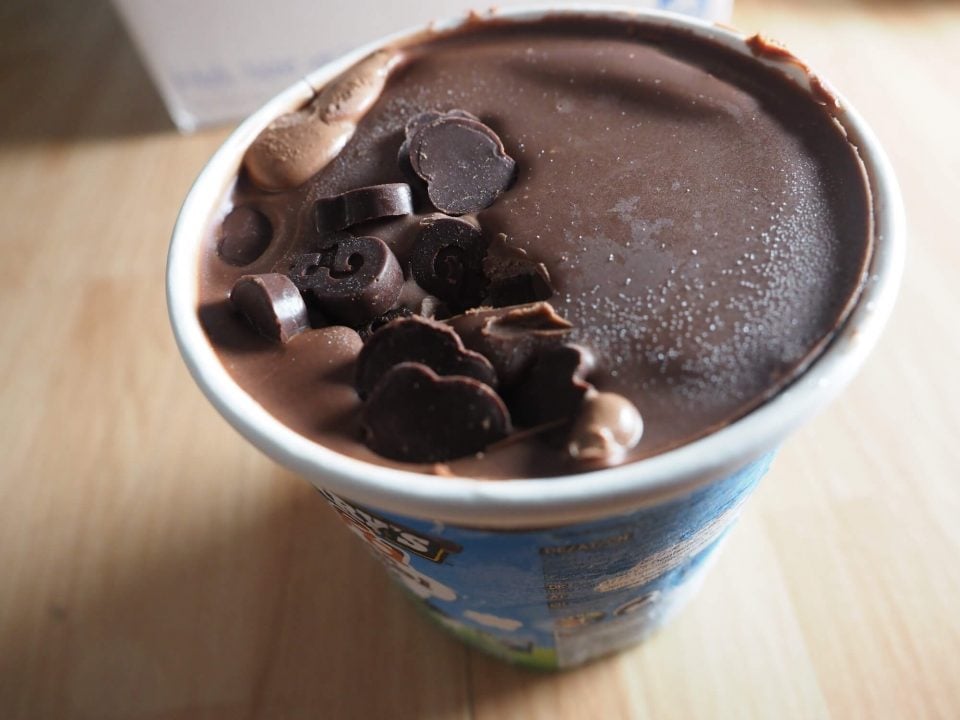 If you’ve ever had a night end with a pint of Ben & Jerry’s, then you know the seemingly magical power of this famous ice cream company.

In facts, there’s really no brand quite as compatible with the comfort of a couch and a nighttime movie, whether we’re seeking solace in a heaping scoop of Chunky Monkey or splitting a pint of Phish Food with our Sig Fig.

But did you know that Ben & Jerry’s almost didn’t even exist as an ice cream brand?

The iconic sweet treat was originally meant to a bagel company. Both Ben and Jerry were planning on delivery bagels with cream cheese and lox and a copy of the NY Times on Sunday Mornings. The problem? The bagel-making equipment was too expensive. Hence, the birth of ice cream instead.

Here’s 9 other fun facts about the famous ice cream company that you probably didn’t know.

They may have ditched bagels, but the original Ben & Jerry’s sold other items besides ice cream. That includes soup, crepes, and even pottery.

Imagine living in a world where an endless flow of ice cream is available to you at all times. That’s the life of a Ben & Jerry’s employee. And with a major sweet tooth over here, that’s also why we could never work there!

What happens to all over those flavors that don’t make it for the long haul? They get sent to the Ben & Jerry’s graveyard. There’s currently over 300 discontinued concoctions in the ice cream cemetery.

Who knows where a friendship will take you? Ben Cohen and Jerry Greenfield met in junior high school physical education, a time when bonds are sealed for life. They were the two slowest kids in the class.

Sounds like a magical place to work! Not only do employees meet in conference rooms named after their famous concoctions, they also enjoy both a treehouse and a slide at the office.

They Almost Had a Different Name

A rose by any other name… Wouldn’t smell as sweet? Ben had originally wanted to call their business “Josephine’s Flying Machine.” But Jerry didn’t approve.

The First 8 Pints Are All Discontinued.

Can You Guess the Most Popular Flavor?

Worldwide, the most popular Ben & Jerry’s flavor is Chocolate Chip Cookie Dough. And all that popularity is thanks to an anonymous fan, who suggested they create the flavor at the company’s first scoop shop.

The Ben & Jerry’s Office is Dog-Friendly.

The ice cream company’s headquarters is dog-friendly, and many employees will bring their pups to work.